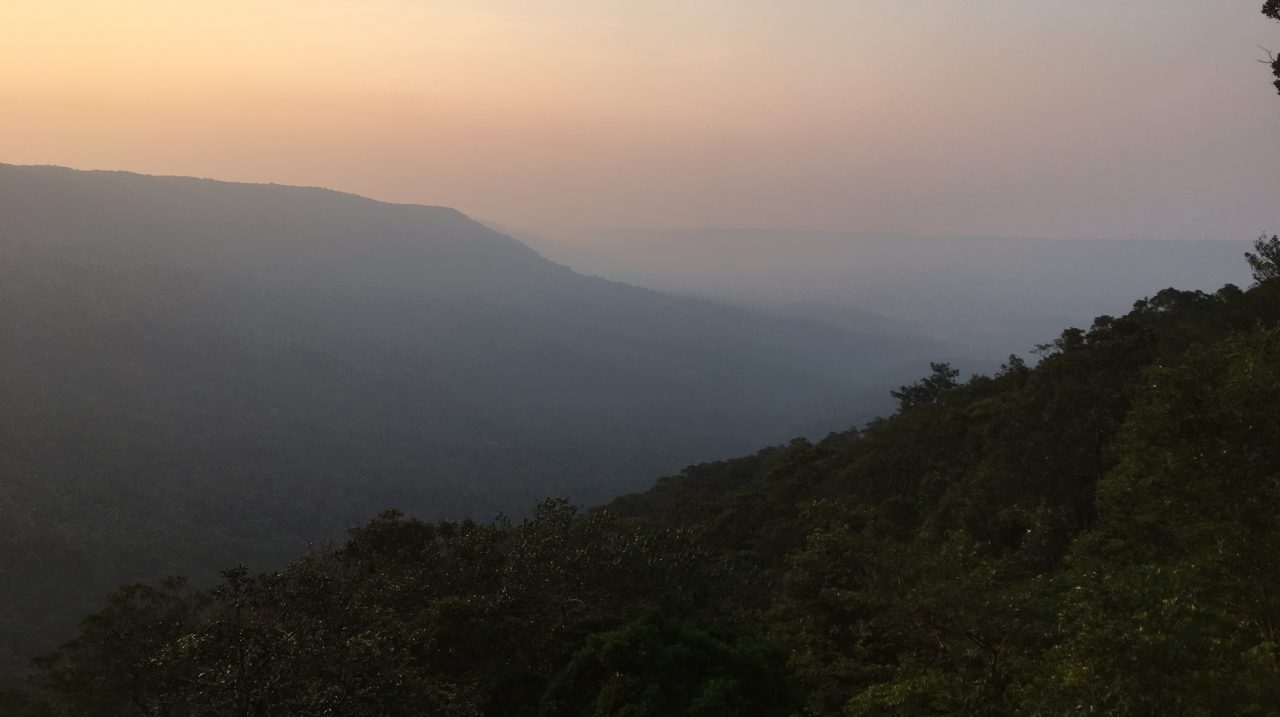 Like others on here, this blog-post is not a one-off trip report – this post is an ongoing account of my trips to this small botanical garden located in Bang Krachao, Bangkok’s Green Lung. My newest trip reports (interesting species seen) will be at the top of this blogpost, with older trips further down. At the very bottom of this page you can find my current species list in taxonomic order along with the first date on which I saw each species, as well as other notes.

Sri Nakhon Khuean Khan (Khuean Khan Botanical Gardens), is an area of curated public garden and neglected former orchard, that sits within Bangkok’s ‘Green Lung’ – a riparian peninsula-cum-island within the Thai province of Samut Prakan that is almost entirely surrounded by Bangkok municipality.

For several years, I lived just across the river from this area, and could easily get there early in the morning via moto-taxis and a longtail-boat ferry ride. With this ease of accessibility, during migratory periods, or whenever I had a spare weekend morning or afternoon, I would often get to this little green gem among the concrete jungle of BKK. And despite its small size and location in the middle of Bangkok, quite a few species can be found here, especially during migration, with the eBird Hotspot list showing over 170 species, of which I’ve managed to record 92 (as of September, 2018). Even when no migrants are about, birds such as Green-billed Malkoha, Vinous-breasted Starling, and a personal favourite of mine, Stork-billed Kingfisher can be readily found.

A – The entrance road is usually pretty quiet these days, especially since a field was cleared on the right-hand side as you walk in. Occasionally I’ve still seen Stork-billed Kingfishers flying across the road or through the cleared lot, and I once witnessed a flock of around 50 Black Baza congregating in trees on the far side of the cleared lot, but generally I walk down here as quickly as possible. However, on my first ever visit to this park in 2015, I was surprised as a Oriental Pied Hornbill (almost definitely a escapee) flew across the entrance road and landed in a tree above me!

B – This area consists of a small nursery and wooded area, and while I don’t usually spend a lot of time here (usually passing through on the way out), I have encountered Forest Wagtail here, as well as Red-billed Blue Magpie on two occasions in mid-2017 (a pair the first time and a single bird the second).

C – Before entering the more ‘wild’ areas of the park, I often walk around this edge and its pond, and have found Yellow Bittern quite often around here, as well as White-breated Waterhen. This area also seems to be popular with Stork-billed Kingfisher, and I was lucky enough to watch one calling from quite close one morning here, which is a change from them flying off a quickly as they’re seen.

D – To get to this area, you must cross a small wooden bridge over a ditch that is next to a small shrine/spirit house, and for me, this has been the most productive section of the park. At times the vegetation is thick, and the paths a little overrun, but that just adds to the appeal, both to me and the birds. Cuckoos seem to really like this area, with personal sightings of Himalayan, Indian, Chestnut-winged, Drongo and Large-hawk Cuckoo coming from here, and flycatchers also appear abundant, with Asian Brown, Taiga, Yellow-rumped, Mugimaki and Blue-and-white Flycatchers all making an appearance for me here. In early 2018, much of the undergrowth in the back half of this area was cut away for some reason; although, it will undoubtedly grow back quickly if unattended.

Other birds of note that I’ve seen in this section of the park include Forest Wagtail, Shikra, Chinese Sparrowhawk, Black Baza, Eyebrowed Thrush and Radde’s Warbler.

E – Along with ‘section D’ , this part of the park is usually the most productive for me, but despite being adjacent, the two section are not really connected, and you must backtrack through the park proper (with all the cyclists etc.), to get from D to E. Once at ‘section E’, there is dirt perimeter track that cyclists use and is a nice walk, but the best spots are 3 or 4 small tracks (that bicycles can’t get down!) that intersect the overgrown forest in this area. Birds of note that I’ve come across in this area are Black Bittern, Ashy Minivet, both Amur and Blyth’s Paradise-flycatcher, Grey-headed Canary-flycatcher, Hair-crested and Crow-billed Drongo, as well as many phylloscopus warblers, including Sakhalin Leaf Warbler that I was able to ID on call. On several occasions I’ve also seen Shikra resting in the taller trees in the western part of this section of the park.

F – This is the bird tower, which affords great views into and above the treetops. It allows you to get get great close-up views of some of the more common birds at the park, including Pink-necked Green Pigeons, sunbirds and flowerpeckers, but I’ve also had great views of Black-winged Cuckooshrike, and Black-naped Monarch, as well as seeing various raptors such as Shikra, Brahminy Kite, Black Blaza, and on one occasion Oriental Honey-buzzard.

G – A dead-end/turn-around for cyclists, I always give this little part of the part a quick look and it often seems quite birdy. I’ve seen Black Baza, Ashy Drongo, and Amur Paradise-flycatcher here, and it seems to also be a good place to view some of the residents such as Lineated Barbet, Green-billed Malkoha and Common Iora as they forage in the trees all around.

Aside from birds, there are many large fish in the ponds, large monitors throughout all sections, a variety of insects, large orb-weaving spiders that sometimes have their webs spread across paths in the more overgrown corners, and I’ve also come across at least two species of snake: Oriental Whip Snake and Golden Tree Snake.

An increase in birding at Bang Pu, and other sites around Thailand meant that I didn’t visit SNKK as often in 2018, and moving house away from Rama III in July meant that getting to this site was far from as easy as before. Due to these factors, I only visited SNKK four times in 2018, all during the first four months of the year: once in January, twice in March, and once again in April.

With an overall increase in birding, my visits to SNKK increased considerably throughout 2017 with a total of 22 visits: five times throughout April, thrice in February and March, twice each in January, and October, and once each in May, June, July, August, September, November and December.

Late 2015 saw me move to Rama III, which gave me easy access to Bang Krachao via a short moto ride and a longtail boat ride across the river. As such, 2016 saw me visit SNKK a total of 12 times: twice each in March, September, October, November and December, and once each February, April.

During 2015 is when I first really got back into birding, and as such, I didn’t really get out all that much, with 2015 seeing three visits to SNKK: one each in April, October and December.