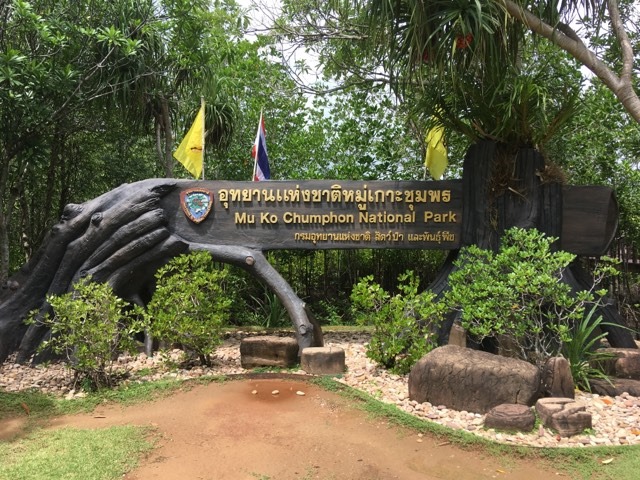 Mu Ko Chumphon National Park Headquarters is located a little over 20 km from downtown Chumphon, which is about a half hour drive. Chumphon itself is about 650 km south of Bangkok, which takes anywhere between 6-8 hours depending on traffic. Chumphon does, however, have an airport, which is becoming more popular due to Chumphon’s status as a jumping-off-point to the tourist island of Koh Tao. 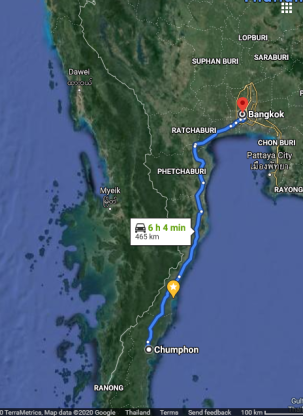 At the headquarters themselves there is a very small ‘museum’, and I’ve also heard that the national park accommodation here is among some of the best in the country, but I’ve not stayed here myself. However, the main attraction at HQ is the mangrove boardwalk that includes a suspension bridge over a small estuary. And while this area is probably good for birds during low tide when the mudflats are exposed, the only time I’ve been there, my wife and I were caught in a heavy rainstorm while exploring the mangrove boardwalk. Luckily, there are numerous sala along the boardwalk to shelter in, and we also had raincoats with us. Nonetheless, with both the poor weather and high tide, there was very little bird life to be seen while we were there.

The mangrove walkway towards the small museum

The suspension bridge across the estuary

The view out to sea from the suspension bridge 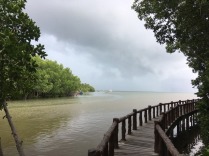 The mangrove walk on the opposite side of the suspension bridge

Looking out from the mangrove walk